Testing code that interacts with remote services is often pretty hard. There are a lot of tradeoffs that influence what tests you can write and the amount of tests to write. Most of the times you have zero control over the data you get from the service, which makes assertions tough to say the least. Read more 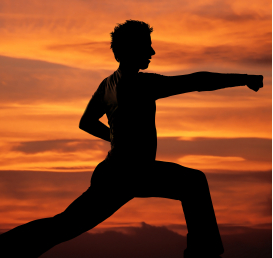 In this post I want to talk about code katas. Most of you have heard of code katas before, many of you probably have done some katas. A while ago code katas were getting a fair bit of attention. Including of course some skepticism. Read more
In this short series about acceptance testing I previously wrote about collaboration between testers and developers and how acceptance tests help to define clear requirements of a system. Read more
In my previous article about acceptance testing I wrote about how tools like FitNesse and Cucumber focus on collaboration between developers and testers. Of course that’s not all these tools help us with. In this post we’ll take a deeper look at acceptance testing as a practice and see what the tools gain us. Read more
About 5 years ago I was on a project to build a system for collateral management. The system was connected to a large financial network, and got its instructions through standardized financial messages. Read more
Wishful Programming (or: Programming by Wishful Thinking) is something I heard about for the first time a couple of years ago. It is a very powerful programming practice, but I found many programmers are unaware of it. Read more
A few weeks ago I wrote an introduction on Java 8 lambdas. In this introduction I explained what a lambda is and how to use them in conjunction with the new Stream API, that is also introduced in Java 8. Read more

Bart is a technologist who specialises in agile software development. He is passionate about creating working software that is easy to change and maintain. more

Some of the links contained within this site have my referral id (e.g. Amazon), which provides me with a small commission for each sale. Thank you for your support.